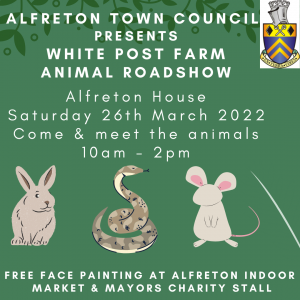 At its recent meeting Alfreton Town Council considered an update on further changes to East Midlands Railway services (EMR). The meeting heard that in little under 12 months EMR had substantially reduced services to the Town, including the removal of the Towns direct London services after almost 50 years, and more recently a 35% reduction in regional services to the Town with 48 hours’ notice with mass cancelation due to operational difficulties. The meeting was also told has EMR has now twice reneged on promises to reinstate those services from the 12th of December and the 3rd of January respectively, only advising stakeholders retrospectively and was still taking bookings for travel on these withdrawn services.
Council Deputy Leader Mary Kerry told the meeting that it is apparent that East Midlands Railway have been less than transparent in their correspondence, most notably with fare paying customers, and would seemingly have an unhealthy culture in that respect highlighted by recent suggestions of a ‘slightly reduced timetable’ which has subsequently transpired to be almost 1 in 5 of their trains scheduled to call at Alfreton.
The Town Council has previously passed a vote of no Confidence the management of East Midlands Railways, and it was unanimously resolved at their recent meeting that should be extended to call for the top level of management at EMR to consider their position to allow both the culture and service to be addressed by a new team. 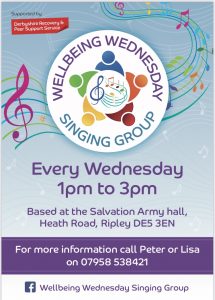 Alfreton Town CouncilWednesday, August 10th, 2022 at 2:26pm
We were saddened this morning to be greeted with vandalism to the telephone box outside Alfreton House.

The Council recently adopted the phone box and are working on plans to restore it as part of the Regeneration plan.

We have contacted the police and will be supplying them with the relevant evidence and cctv.
35 16    View on Facebook

We’re not giving up our fight and need to raise money to help with professional support and it’s not cheap.

If you would like to help you can donate a raffle prize!

Do you work for a local business or know a business that might be able to donate a prize? (Why not invite them to follow us too!)

Tickets, hampers, vouchers, products you sell or your business sells, day trips, meal vouchers, wine, smellies - basically anything new that you’d like to win on a raffle!!

Don’t forget you can donate via our just giving page or if you’d prefer you can pay direct to our bank account just send us a message and one of our lovely team will help.

And remember please - 👍 Like, comment, share and invite friends, family, even business pages as it is FREE and helps with our fight to make everyone aware of what we’re trying to do and there’s only 74 days to go 🤞

Just Jigsaws - formerly known as WJ & J Trowsdale - is a record-breaking Alfreton-based business that has been around for more than 50 years.
12 2    View on Facebook

Alfreton Town CouncilFriday, August 5th, 2022 at 5:05pm
The Town Council have written to the Borough Council to request early intervention in this fund, should it be granted, to improve areas of Alfreton.