If you are interested and would like to apply, please complete the application form and return to us, alternatively you can call in or contact us for an application form. 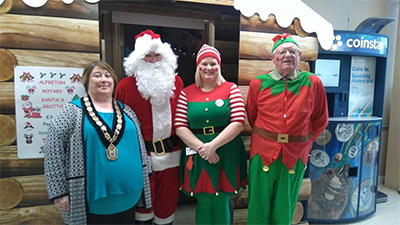 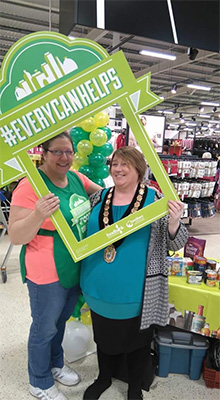 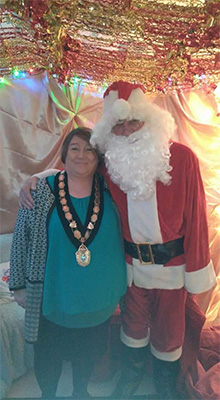 Alfreton Town CouncilWednesday, January 6th, 2021 at 9:26am
Support is available for Derbyshire’s most vulnerable during the national lockdown. Our Community Response Unit can help with food shopping, medication or a simple chat to help raise spirits. Please share this with anyone you know who might need it.
Request help here: https://crowd.in/rnkg06

Alfreton Town CouncilMonday, January 4th, 2021 at 11:21pm
The #COVID19 restrictions can be challenging, especially if you are apart from loved ones.

If you are struggling with your mental health, #EveryMindMatters has lots of advice and support:

Department of Health and Social Care - DHSC
The #COVID19 restrictions can be challenging, especially if you are apart from loved ones.

If you are struggling with your mental health, #EveryMindMatters has lots of advice and support:

Alfreton Town CouncilWednesday, December 30th, 2020 at 10:00am
Ongoing Police matters
The Town Council are aware of several reoccurring issues of unsociable behaviour on the Welfare and parking congestion by schools and have raised those concerns with the Police. We would like to remind you to contact the Police on 101 should you have an incident to report, this is important to make sure that records are created and if necessary resource can be allocated without delay. Unnecessary or wilful obstructions of pavements are dealt with by the Police, however all other parking matters should be reported to the Civil Enforcement Officers (CEO) at Amber Valley Borough Council on 01773 570222 or enquiries@ambervalley.gov.uk
Councillor Steve Marshall-Clarke said We are keen to work with the Police to resolve issues in Alfreton and ask that any concerns are raised through 101 to create a picture of what incidents are happening and when so that the Police can respond accordingly. The Town Council are happy to liaise on behalf of residents however for emergency incidents residents must use 101 or 999.
2    View on Facebook

Alfreton Town CouncilMonday, December 28th, 2020 at 4:00pm
Community Governance success
The Town Council heard at their meeting in December that their support for staff in completing the Society of Local Council Clerk’s(SLCC) Community Governance Course has resulted in very successful Year 1 results, with SLCC personally thanking the students for their dedication and commitment in a tough year as classroom learning went virtual.
Councillor Mary Kerry said the Council was proud to be supporting their staff through higher education and for their commitment in studying for a sector led qualification, we wish them luck for Year
8 1    View on Facebook
This site uses cookies: Find out more.