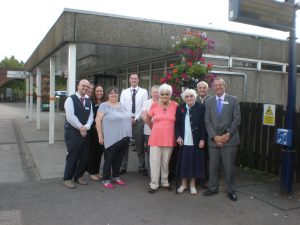 The Mayor for 2018/2019 Municipal Year is Councillor Mary Kerry, if you would like Mary to attend any events please get in touch. 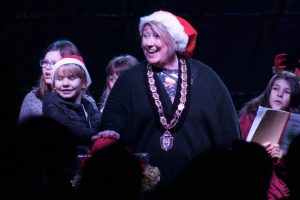 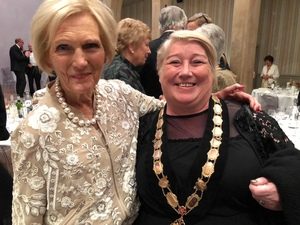 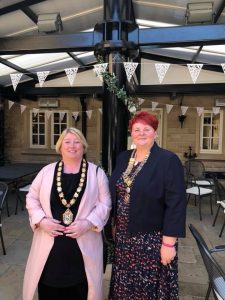 The Town Council have run a “Christmas Elf Competition” in conjunction with their lights switch on, for children to spot 14 Elves in businesses windows around the town.

The competition Winners have now been drawn and will be contacted directly, well done to everyone that took part! 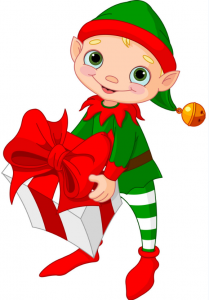 The Town Council have run a competition in conjunction with their lights switch on, for local businesses to take part in a best dressed window challenge.

Many of the shops in Alfreton chose to take part and it was a very difficult decision for the judge to make.

Wendy Comins of South Normanton Area Food Bank, the Town Mayors chosen charity, has kindly chosen the winner after visiting each shop one afternoon. ‘It was not an easy job because each one was beautifully decorated,… many in a style in keeping with the shop itself. I chose ‘Pierce of Art’ on Central Road. The display reminded me of an old fashioned Christmas with stockings hanging on the fireplace, a blazing fire and presents around the tree’

Well done to the staff at Pierce of Art; Lesley, Elizabeth, Jess, Lucy and Abbey, they will be presented with their prize by the Town Mayor, Councillor Mary Kerry next week. 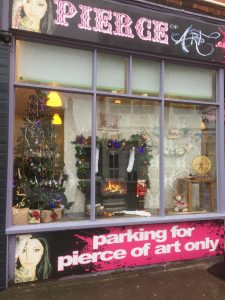 The Town of Alfreton burst into light at 5pm last Saturday when the Town Mayor, Councillor Mary Kerry, assisted by local children, turned on the Town’s Christmas lights.

The event was well attended by a large number of adults and children who packed the area around Alfreton House. They had been entertained throughout the day by a range of musicians, street entertainers, fair ground rides and of course dear old Santa.

The event also gave the opportunity for local charities to raise around £2,000 for good causes. Local producers and businesses also had the opportunity to showcase their wares.

Councillor Gail Dolman, the event organiser said “Of course an event like this cannot go ahead without the support of local businesses and shops. I would like to thank them all for their generosity particularly our support from Brandon Tool Hire, Keycraft, Alfreton Rotary Club and the many shops and businesses who generously provided raffle prizes”.

Councillor Mary Kerry, the Town Mayor said “I was thrilled to perform the switch on and pleased to see the excitement for Christmas from the many children and also the adults who helped with the Christmas countdown. I know that Christmas is a time for giving but once again Alfreton people displayed their warmth and generosity with spontaneous gifts and food parcels as well as cash for my chosen charity for this year, Alfreton Foodbank” 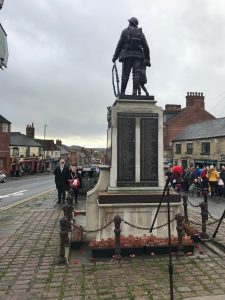 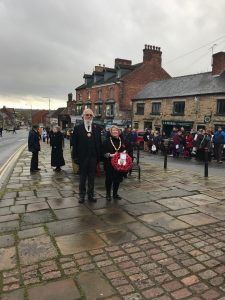 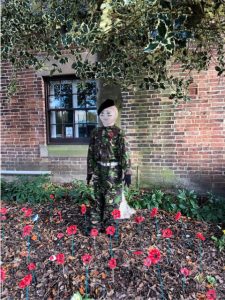 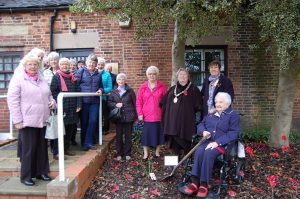 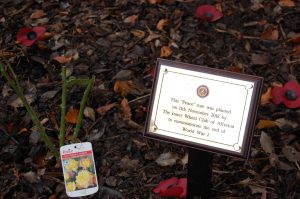 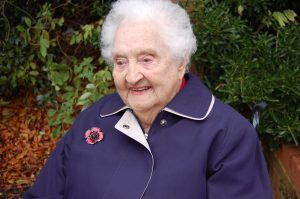 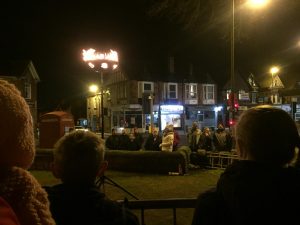 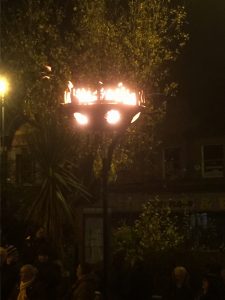 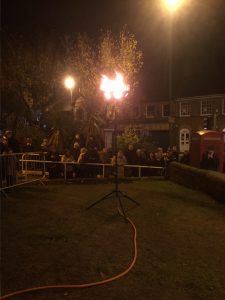 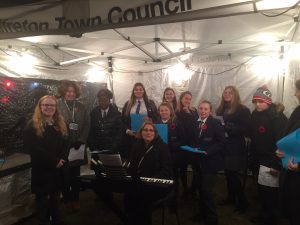 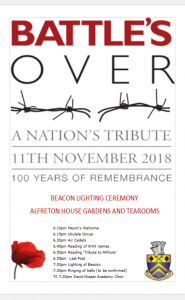 Alfreton Remembrance Sunday Parade from Alfreton House at 10.45am to the War Memorial for a short service and laying of a wreath followed by a service at the Watchorn Methodist Church.
Battles Over Event – Alfreton House from 6.10pm
18.55: The Last Post
1000 individual Buglers sound this historic tribute at WW1 Beacons of Light locations across the Nation and UK Overseas Territories.
19.00: WW1 Beacons of Light
Over 1000 Beacons of Light symbolising an end to the darkness of war and a return to the light of peace.
19.05: Ringing Out for Peace
1000 cathedrals and churches will ring out their bells across the nation, and beyond, in celebration of Peace

A minibus will be provided for transport to and from Watchorn Church.